The first Cola flavoured Condom comes from EXS, the Crazy Cola Condoms are black and feature a non-spermicidal coke flavoured lube, these are Condoms for the larger boys with a size of 193 x 56mm.

Next up we have Vegan and Fair Trade Cola Condoms from Glyde, straight regular-sized Condoms with a tasty Cola flavour.

Finally, you can add some fizz to your sex life with the Fizzy Cola condoms from Pasante a natural latex Condom that tastes just like Coca-Cola. 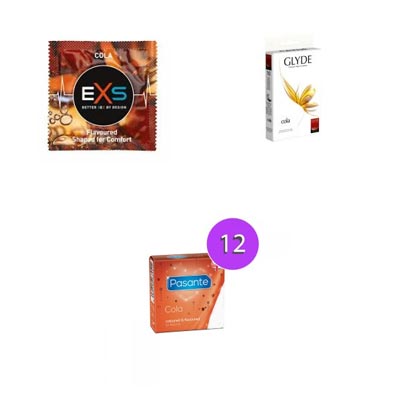 Use The Condom Calculator